Probiotics for dogs, the myth uncovered

Probiotics for dogs, the good, bad and the ugly…

You must be aware of the health benefits probiotics have to offer to humans. Do you know of the incredible benefits it can offer to dogs? Is probiotics for dogs just a façade or do they really work? Read on to find out more… 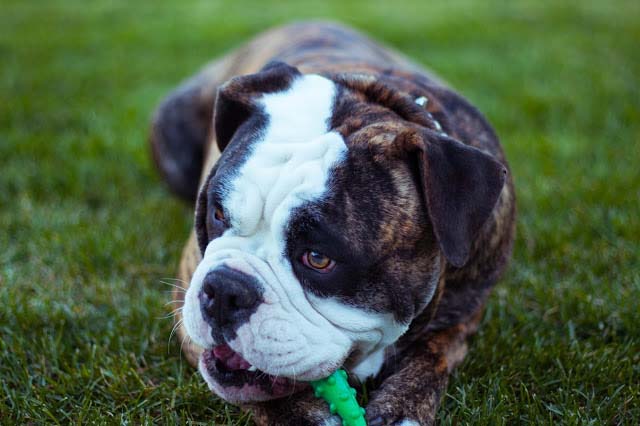 Put in simple terms, probiotics are microorganisms like yeast and bacteria which are a natural part of the ecosystem of the gut. Scientific studies have shown probiotics to be beneficial in the treatment of intestinal infections, irritable bowel syndrome and diarrhea when administered in correct quantities

How do probiotics work?

The gastrointestinal tract has a balance of the ‘good’ and the ‘bad’ (can cause disease if left unchecked) bacteria. These play a role in the maintenance of the healthy gastrointestinal system. Situations which cause stress to the body like a sudden dietary change, antibiotics, parasitic infection, travelling etc. can lead to a decrease in the levels of the good bacteria. Under such conditions, the potentially harmful bad bacteria increase in numbers and cause intestinal upset and diarrhea.

Administration of probiotics can help restore the level of good bacteria in the gut and put a check on the uncontrolled growth of the harmful bacteria. The good bacteria present in the probiotic compete with the harmful bacteria for intestinal binding sites as well as nutrition thus working with body’s immune system to fight off the pathogens. Once the balance of the good and bad bacteria is restored, stools return to normal.

Some other function of probiotics include :

We always want our pups to be happy, healthy and lead a long life. Thus, when we come across a dietary supplement which holds the promise of betterment of their overall health, we want to grab it off the shelf as soon as possible.

Probiotics are the good intestinal bacteria which are grown under controlled conditions in the laboratory. After processing they are either manufactured as components of treats, dental chews, food or as dietary supplement tablets.

Do dogs have probiotics naturally occurring in their intestines?

Advantages of probiotics for dogs:

Dogs who were administered probiotics showed better recovery from diseases like parasitic infection or panvirosis. However, the mechanisms behind this has not been uncovered yet.

Probiotics can also be recommended under the following conditions : –

Thus, a dog guardian is mainly left with the option of commercial probiotics for their dogs.

The ‘good ‘ bacteria present in the dog’s digestive system cannot be grown in laboratories as per the current techniques available. Thus, a product that would suffice as a complete probiotic is not available.

A study done in 2003 checked 19 probiotic dog foods commercially available. None of these 19 products had the good bacteria they claimed to have in the packaging. More than 50% of the products had unwanted bacteria residing in them.

The process of manufacturing mostly alters the microflora. Thus, even if these bacteria survive the manufacturing process, they will not be able to adhere to the intestinal walls. Thus, these bacteria will pass straight through the digestive system without providing any benefits.

Can human probiotics be used for dogs?

Thus, if you administer a human probiotic to your dog, it may cause disruption of the natural microflora in your dogs gut.

Thus, if you really want to give your dog, a probiotic supplement, go for a dog probiotic and not a human one.

When to NOT give probiotics?

Even though prebiotic and probiotic dietary supplements are considered safe for dogs. There are certain times when using them can cause more harm than good.
When your pup is less than 6 months of age

Pups are born with a small proportion of gut bacteria which they acquire from their mother during the process of nursing, environmental contact and weaning.

Thus, administration of probiotics to puppies will cause an overload on their intestines with unwanted bacteria leading to an upset stomach.

Your dog is ill: If your dog is ill or suffering from diarrhea, this is not the time to start giving him/her probiotics. Follow the treatment plan as suggested by your vet. Once your pup is well, you can consult your vet about starting him/her on probiotics.

Side effects of probiotics:

There have been no major reports of any unpleasant side effects on probiotic administration in dogs. A study conducted by the Proctor & Gamble Pet Care Technical Centre has found that administration of a specific Bifidobacterium strain to beagles was well tolerated with no safety issues.

In the worst-case scenario, your dog might just pass the probiotic straight through the stools.

In case you notice your dog’s stomach gets upset after probiotic administration, discontinue immediately and consult your vet.

Do you give your dog a probiotic diet?

How has your experience been with probiotics for dogs? When did you give them and for what purpose? Did it work? Have you continued to give your dog probiotics?

Let me know in the comment section what is your take on dog probiotics.

Almonds for dogs: are they beneficial?